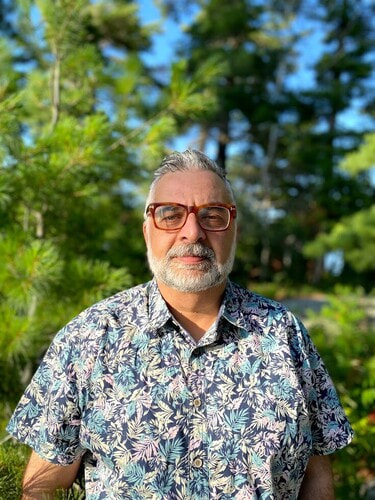 ​Malek is a Professor at the Université de Montréal’s Faculty of Medicine and the Director of the WHO-Collaborating Centre on Nutrition Changes and Development (TRANSNUT). Malek holds the Canada Research Chair in Nutrition and Health Inequalities and is a Fellow of the Royal Society of Canada and of the Canadian Academy of Health Sciences. He conducts participatory research studying the links between environment and food system health and population health, in an effort to redress health inequities. Equally important to scientific rigor is the relevance and usefulness of his research to society. This is why he collaborates as part of transdisciplinary research teams with First Nations in Canada and Indigenous and rural people internationally, prioritizing engagement with knowledge users from civil society and governments and putting his research findings at the service of public policy.

Malek was born and grew up in Beirut, Lebanon during the 17 years of the Lebanese civil war. He studied nutrition and food science at the American University of Beirut then moved to Canada where he had the pleasure to work with communities in almost all provinces and in two out of the three territories and completed his PhD in Human Nutrition at McGill University. Malek enjoys cooking and observing nature, particularly slow growing trees. Working in Newfoundland and Nunavut is still on his bucket list.
← Back to Team