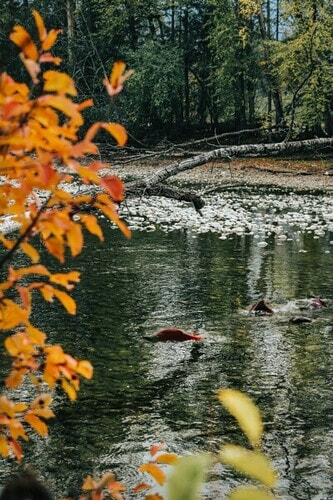 For Indigenous people, culturally important food from local food systems (i.e., fish, fowl, game and plants) has vital nutritional, cultural, symbolic and spiritual value. Since 2004, the Okanagan Nation Alliance (ONA) in British Columbia (BC) has been working on the Sockeye Reintroduction to Skaha Lake Project and other habitat restoration initiatives to increase the number of salmon in the Okanagan. Scientific evidence of increased salmon numbers resulted in an increase in fish harvesting in ONA communities since 2012. The salmon restoration initiatives operate outside of the health sector yet have the potential to impact population health by improving health and nutrition, as well as modifying the determinants of health.